Kahlúa is a coffee-flavored liqueur from Mexico. The drink contains rum, corn syrup and vanilla bean

Pedro Domecq began producing Kahlúa in 1936. It was named Kahlúa, meaning "House of the Acolhua people" in the Veracruz Nahuatl language spoken before the Spanish Conquest. Kahlúa was Hispanicized as Ulúa, forming the name of the modern San Juan de Ulúa fortress. The company merged in 1994 with Allied Lyons to become Allied Domecq. In turn, that company was partially acquired in 2005 by Pernod Ricard, the largest spirits distributor in the world since its merger with the Swedish Vin & Sprit in March 2008. Since 2004, the alcohol content of Kahlúa is 20.0%; earlier versions had 26.5%. In 2002, a more expensive, high-end product called "Kahlúa Especial" became available in the United States, Canada and Australia after previously being offered only in duty-free markets. Made with premium Arabica coffee beans grown in Veracruz, Mexico, Kahlúa Especial has an alcohol content of 36%, has a lower viscosity, and is less sweet than the regular version.

Kahlúa and Kahlúa Especial have received accolades from international spirit ratings organizations. The San Francisco World Spirits Competition awarded the Kahlúa Especial three silver medals between 2005 and 2007 and a bronze in 2009. The Beverage Testing Institute gave the Especial a score of 85 in 2007.

Kahlúa is used to make cocktails and as a topping or ingredient in several desserts, including ice cream, cakes, and cheesecakes. It is frequently mixed with milk, cream, coffee, cocoa, and combinations of these. A licensed line of chocolates with Kahlúa-flavored centers and small chocolate shot glass-style "cups" for serving the liqueur are sold in Mexico. Because Kahlúa is made from coffee beans, it contains caffeine. According to the company, this is "approximately 10 mg per 100 mL (4.85 mg in each 1.5 oz) drink" or about 25% the amount found in the same volume of coffee. Kahlúa is a key ingredient in several notable cocktails: B-52 Baby Guinness Brave Bull Black Russian Colorado Bulldog Dirty Mother Espresso Martini Kahlúa Sour Moose Milk Mudslide Mind Eraser White Russian Spanish coffee 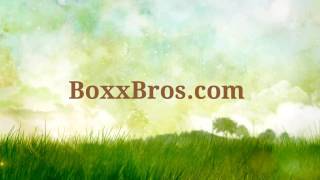 Some of Our New Items For November